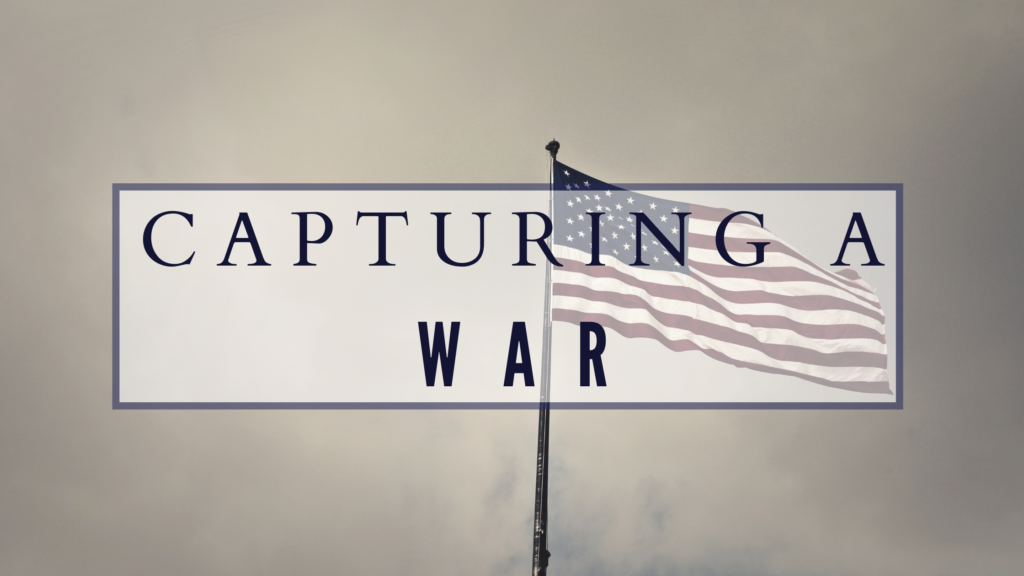 Images can be more than just snapshot of a recent news cycle event or a filtered-up camera snapshot. As Veterans Day of 2020 approaches now seems like a fitting time to look back at three images captured towards the end of WW2 which have become as defining as the battles fought. These images were taken by 3 brave individuals who faced a generation defining moment and chose to capture the moment through the lens.

Before the invention of smartphones, capturing a photograph was a meticulous art to be cautiously planned and stitched together in order to capture a flawless shot, within the perfect lighting, to tell the best story.  When captured in the right atmosphere a photographer can tell an entire story beginning, middle and end in a single frame. Looking at historical textbooks this power becomes priceless. Photojournalists have time after time gone into the fight to capture the story for the rest of the world to better understand the mindset of a person, or a nation. Preparation and fore thought have aided many of them on their journey, yet all of this must be met with a little bit of luck, the right place at the right time. 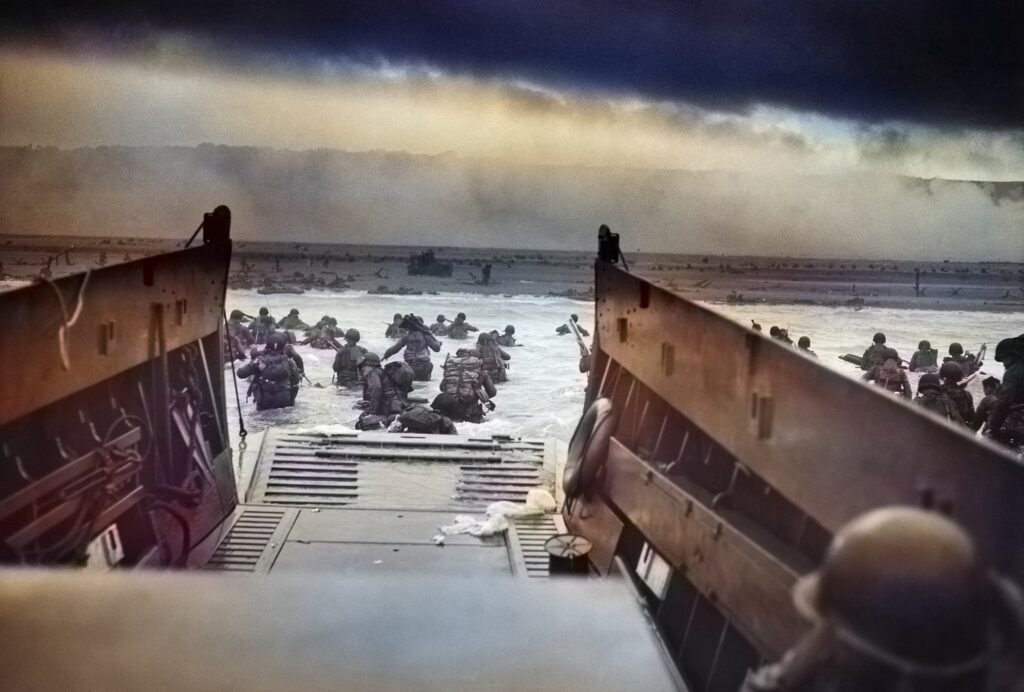 In the early hours of June 6th, 1944 troops assembled for a day which would eventually become known as D-day.  As the naval component of Operation Overlord reached the beaches of Normandy, Robert F. Sargent was ready, or as ready as he could be, for a battle which he knew could define the end of the war. He prepared for the moment where he and Company E, 16th Infantry, 1st Infantry Division would disembark the Higgins boat and would be waist deep in the freezing, cold, 5:30 am waters. Faced with fear and the unknown he shot, not bullets but his camera and captured images which would unveil the realities of the invasion of Normandy. 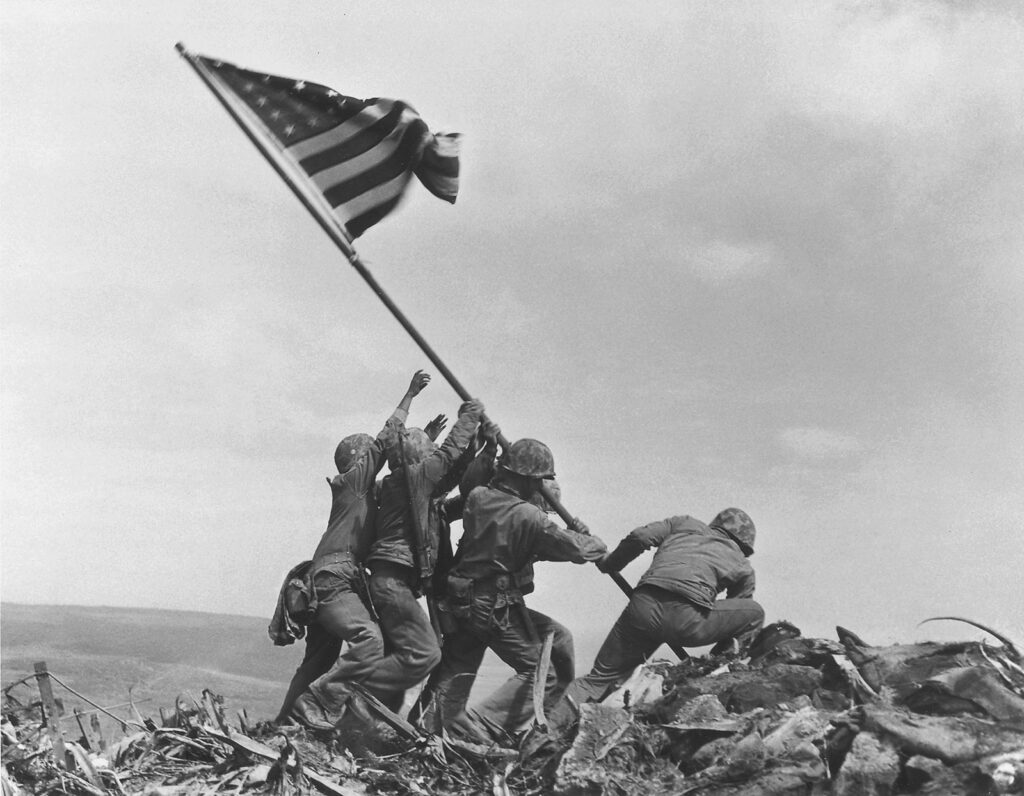 Desolation and death marked the end of WW2 and the battle on Iwo Jima. Joe Rosenthal walked through travesty, both Japanese and American, when he found one of the most icon symbols of American patriotism happening before his eyes. The overcast skies reflecting the agony of war he took a few steps backward and found himself lifting his camera to the scene just in time to capture this Pulitzer Prize winning work of art. Though controversy has arisen due to claims of inauthenticity of the moment, Rosenthal continued stating that the moment was not a recreation rather than a moment of full destiny. 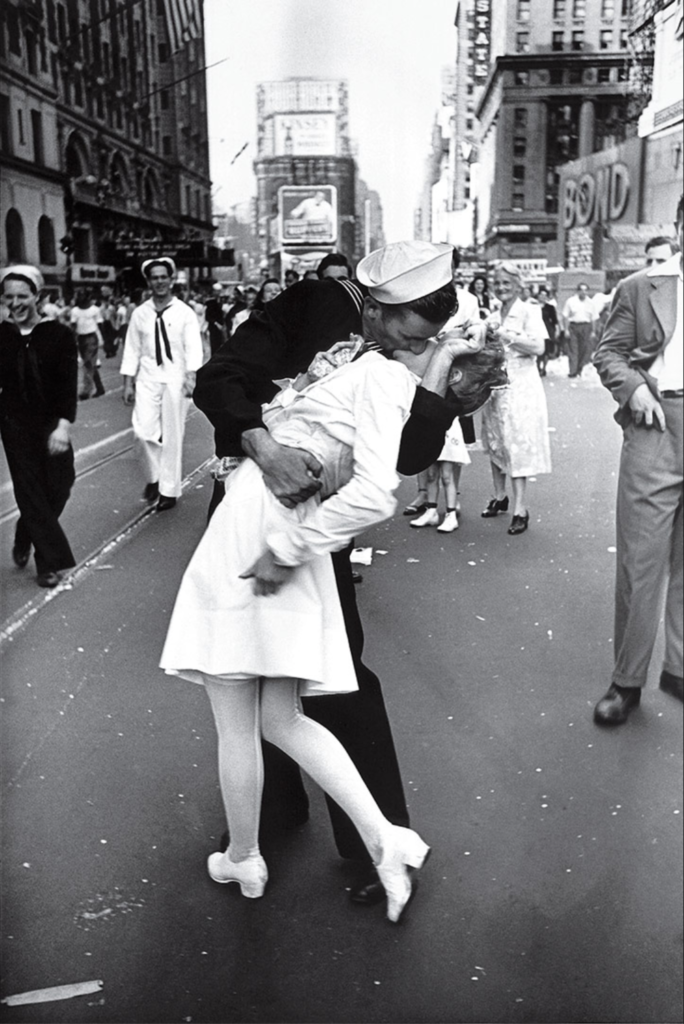 The city that never sleeps combined with the end of a world war brought a synergetic atmosphere to Alfred Eisenstaedt’s life.  On August 14, 1945 he found himself in Times square seeking to capture the feeling of victory and claim his part in history. Celebration filled the streets he snapped a picture here and there looking for next month’s LIFE magazine cover photo. Perhaps perfect timing, perhaps a bit of luck found him face to face with a sailor, a nurse, and a kiss. The rest we can say is history.

The importance of a photograph can not be understated. A single person with a camera whether digital or film holds the power to broadcast places never seen, people never met and emotions never to be forgotten. While these three men captured unforgettable scenes from WW2’s most significant moments, the reality is history is being written today. In the overcrowded hospitals, half empty schools and the Humm of a household filled with people social distancing. So, grab your cellphone, DSLR or polaroid, snap a picture, because who knows your image could capture the story of once in a lifetime pandemic.

About the Author: Vista