Skip to content
Home/Blog/Photography Tips/The Rule of Thirds – And why you should use it.
Previous Next

The Rule of Thirds – And why you should use it.

Have you ever wondered why this image: 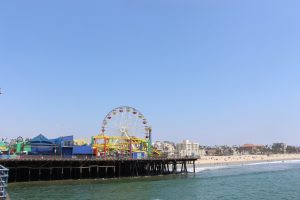 Looks better than this one: 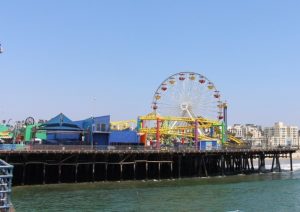 It’s a similar image maybe even from the same angle, yet the composition of the image makes all the difference. There are several elements which make up the composition of an image and these include: patterns, texture, symmetry, asymmetry, depth of field, lines, curves, frames, contrast, color, viewpoint, depth, negative space, filled space, foreground, background, visual tension, shapes. It’s okay not to know what all these words mean, since some are technical aspects which are adjusted in the camera, while others have all to do with the moment you snap the picture.

The rule of thirds is a photography concept which takes into consideration many of these elements such as asymmetry, lines, and negative space. By reworking the way, you take a picture you end up with a more intriguing final product. So instead of placing your subject in the center of the image try using the rule of thirds.

If you look through your viewfinder and imagine 2 lines running up and down and 2 lines running from side to side, you get an image with 9 small boxes. (#). The simplicity of the rule of thirds comes in the knowledge that the most prominent person or item in the image should be placed on one of the cross sections of the lines such as in the image below.

Or on the lines themselves: 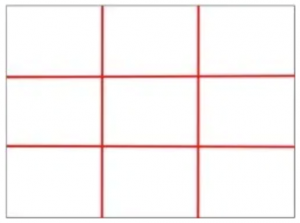 This creates images which draw the eyes attention. Rather than an image where the most important information is in the bull’s eye of the frame. Remember that photography is all about telling a story. What does the way you compose your image say about your subject? The next time you take a landscape image place the horizon on the bottom line giving you full access to the wonders of the sky. Or you can try to place your model on one of the edges of the frame. However, don’t forget that all rules are meant to be broken, so once you have mastered the art of the rule of thirds don’t be afraid to try something new.

About the Author: Vista